On Saturday 28th February, our local Wargames Club (The Sons of Simon De Montfort) organised two participation games at the Hammerhead Show in Newark. We decided on the 'Skirmish at Northleach 1265' scenario using Lion Rampant rules. Whilst other guys from the club put on a WW1 Aerial Combat game. 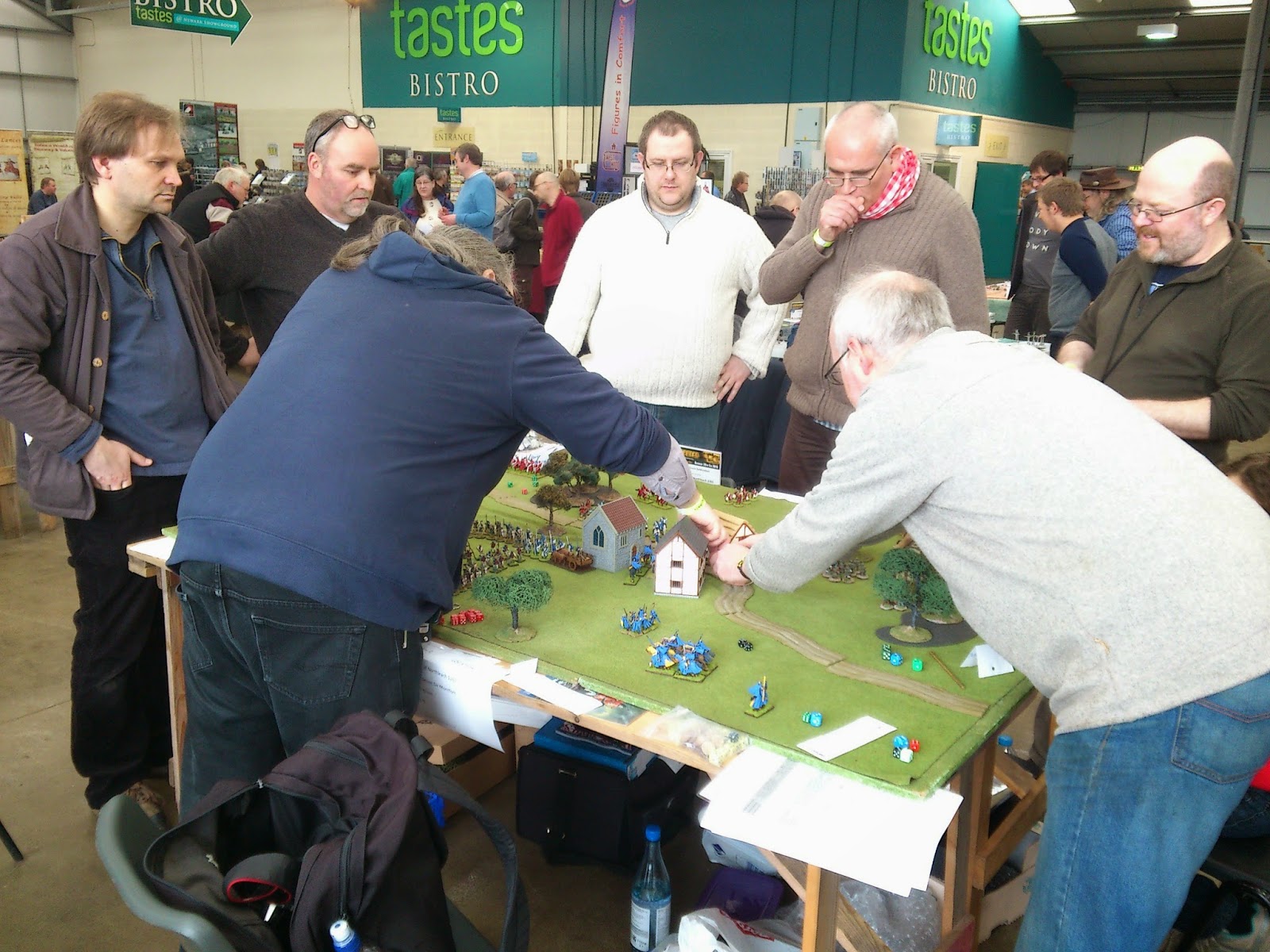 It was an early start, and we arrived at the Newark Showground just after 8am to set up. The weather looked a bit grey and wet so I was hoping this wouldn't dampen the spirits of anyone wishing to attend. After getting the table sorted, arranging the terrain and putting the figures out the next step was to down a few teas to keep me alive for the next few hours. 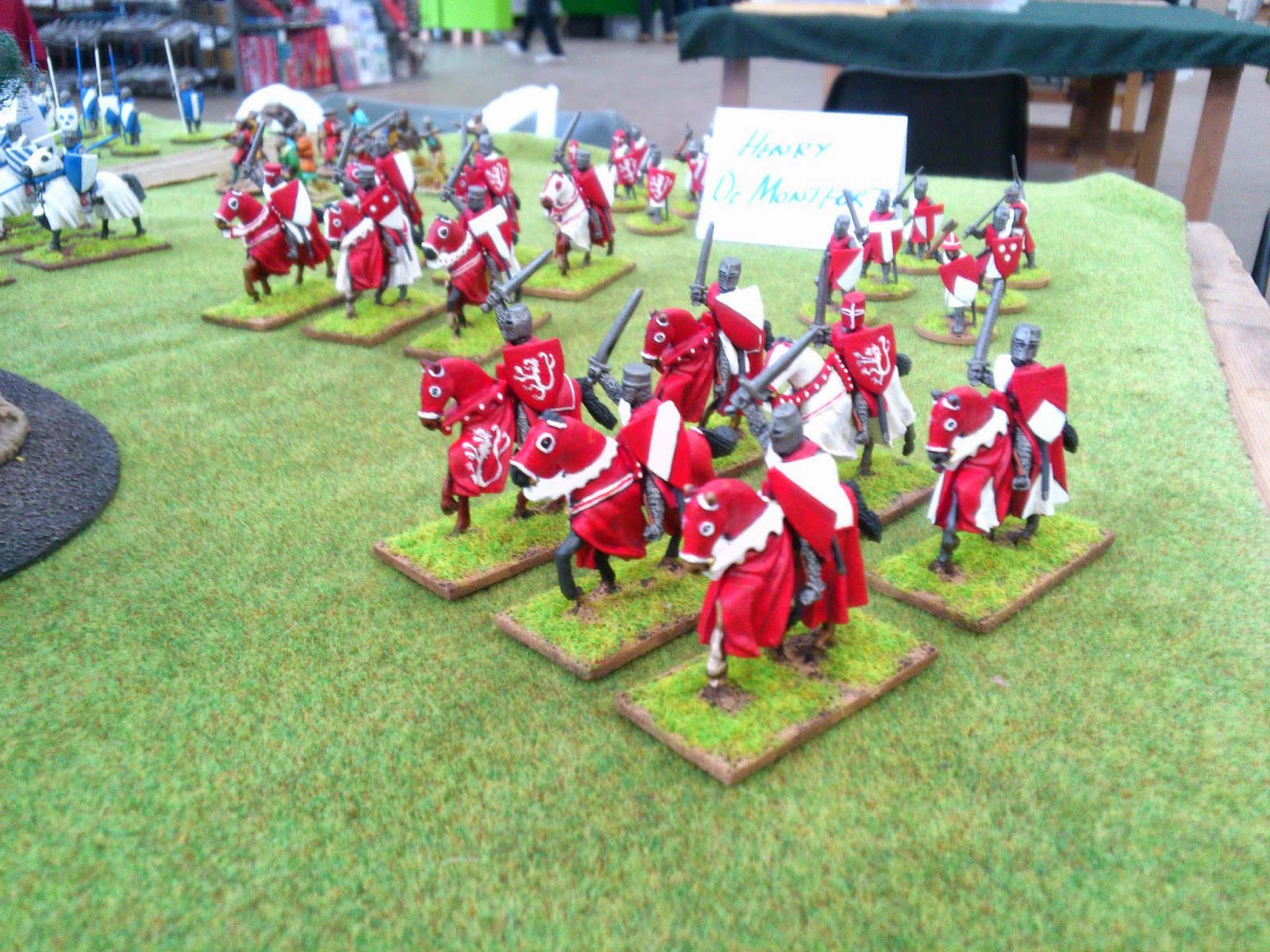 Thankfully once the doors opened the place became quite busy and we had our first punters enquiring about a run-through of the game. It was a guy and his girlfriend, the former of which had just started his first foray into historical wargaming. His partner made me laugh, as she kept closing her eyes before throwing the dice (as if expecting the worst!). 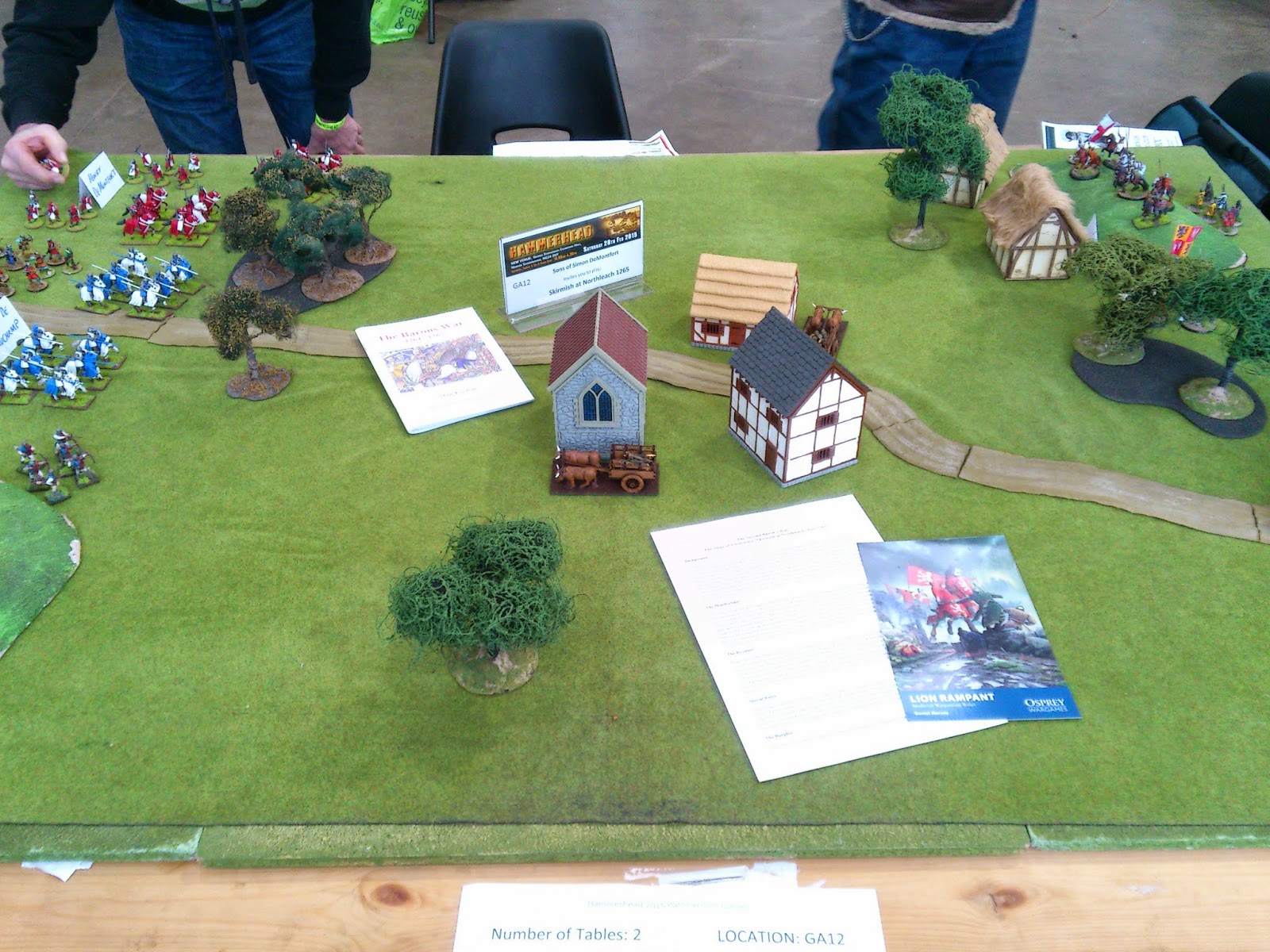 After this, myself and club member Rich got our items ready for the tabletop sale. This was going to be my annual clear-out so I'd taken a large boxful of painted units along with some unused plastic sets. I was quite surprised at the reaction - people were pulling the stuff out of my hands before I'd even set it down on the stall! As it turned out I'd sold out almost completely after 10-15 minutes, so a good result there. 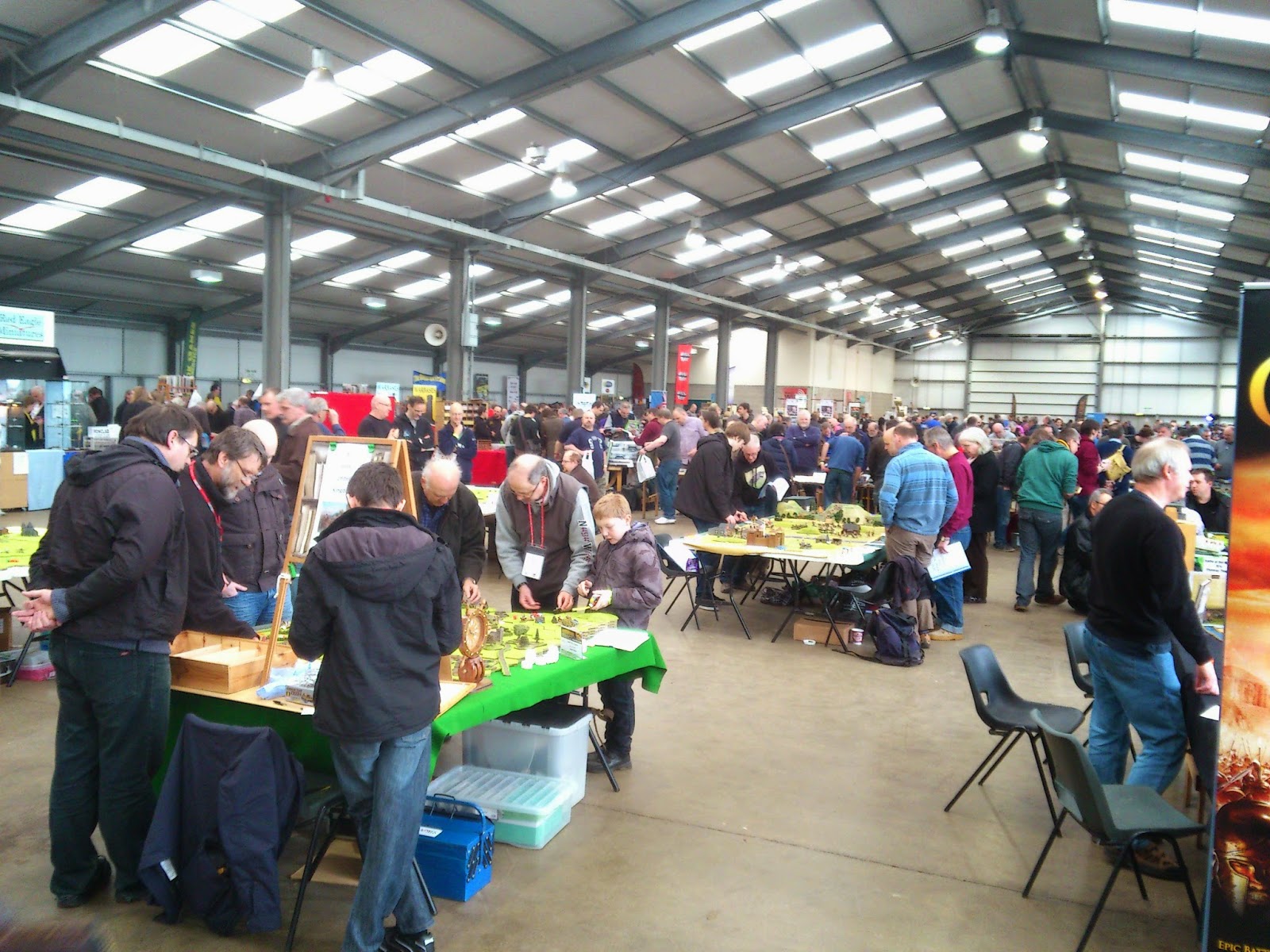 I got back to our participation game and there was a fair crowd around it seemingly having plenty of fun. This was a relief because looking at some of the other games on offer I began to worry that we may seem a bit overshadowed. For instance the 'Oldhammer' game was just stunning in its size and detail. It was cool that people were seemingly happy to try a bit of everything though (including the smaller games like ours). 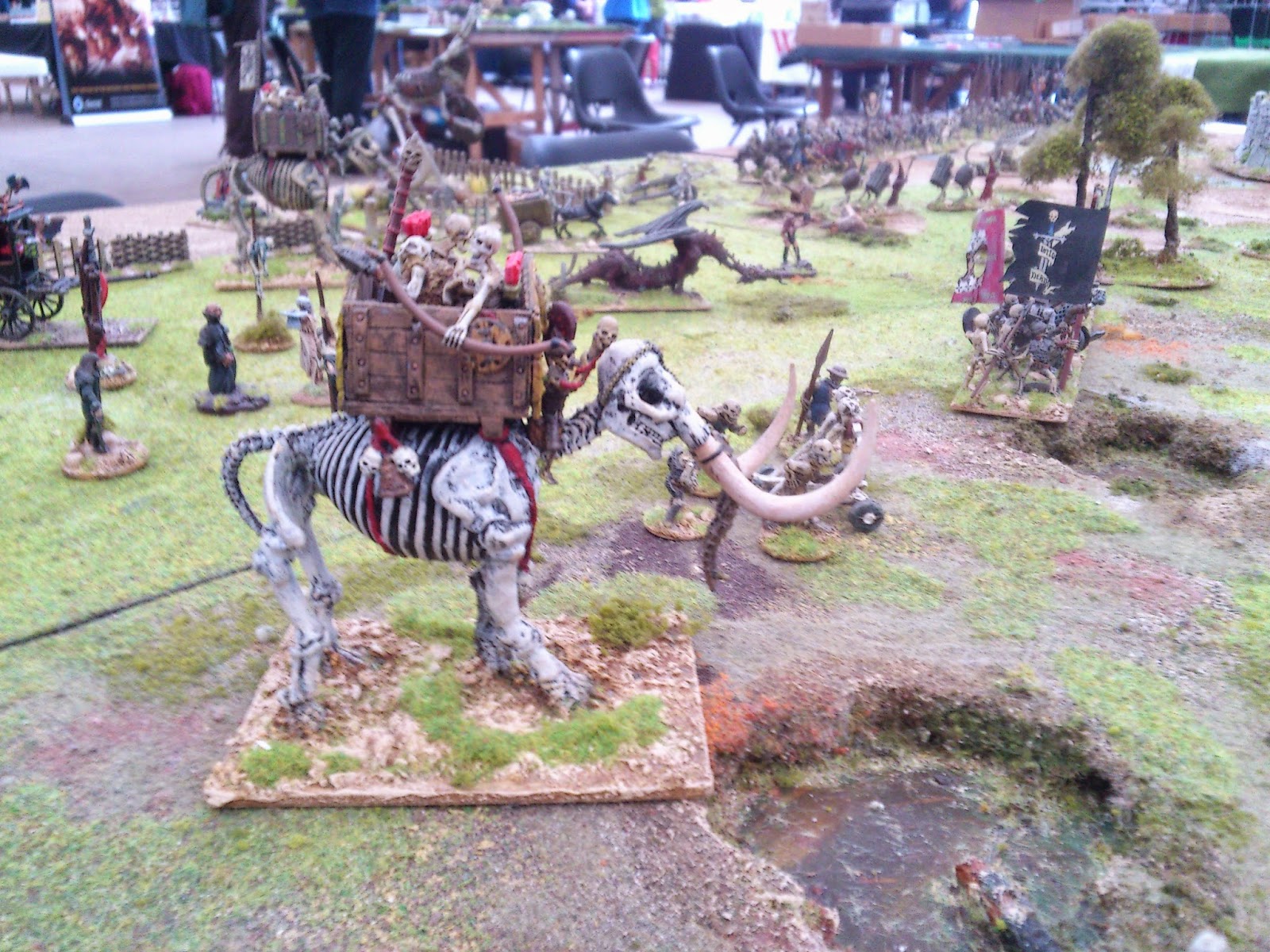 An Undead Elephant in the 'Oldhammer' Game 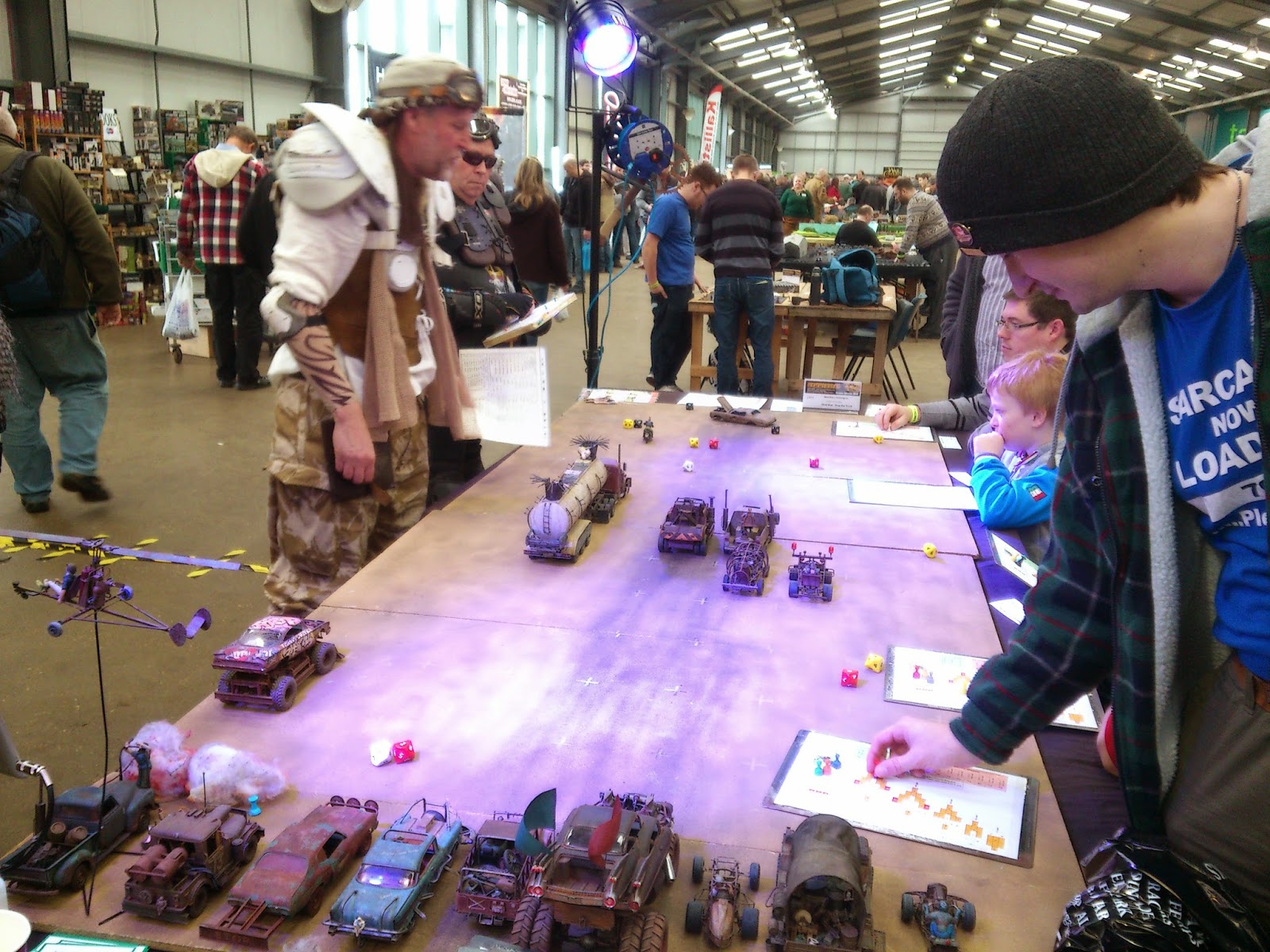 A bit later I decide it was time to go shopping. The result of this was a Baccus Napoleonic Wars Boxed Set (French and British) plus some additional buildings and artillery. Also, I picked up the new Blucher Rules by Sam Mustafa and the 'Hundred Days' Campaign card set. 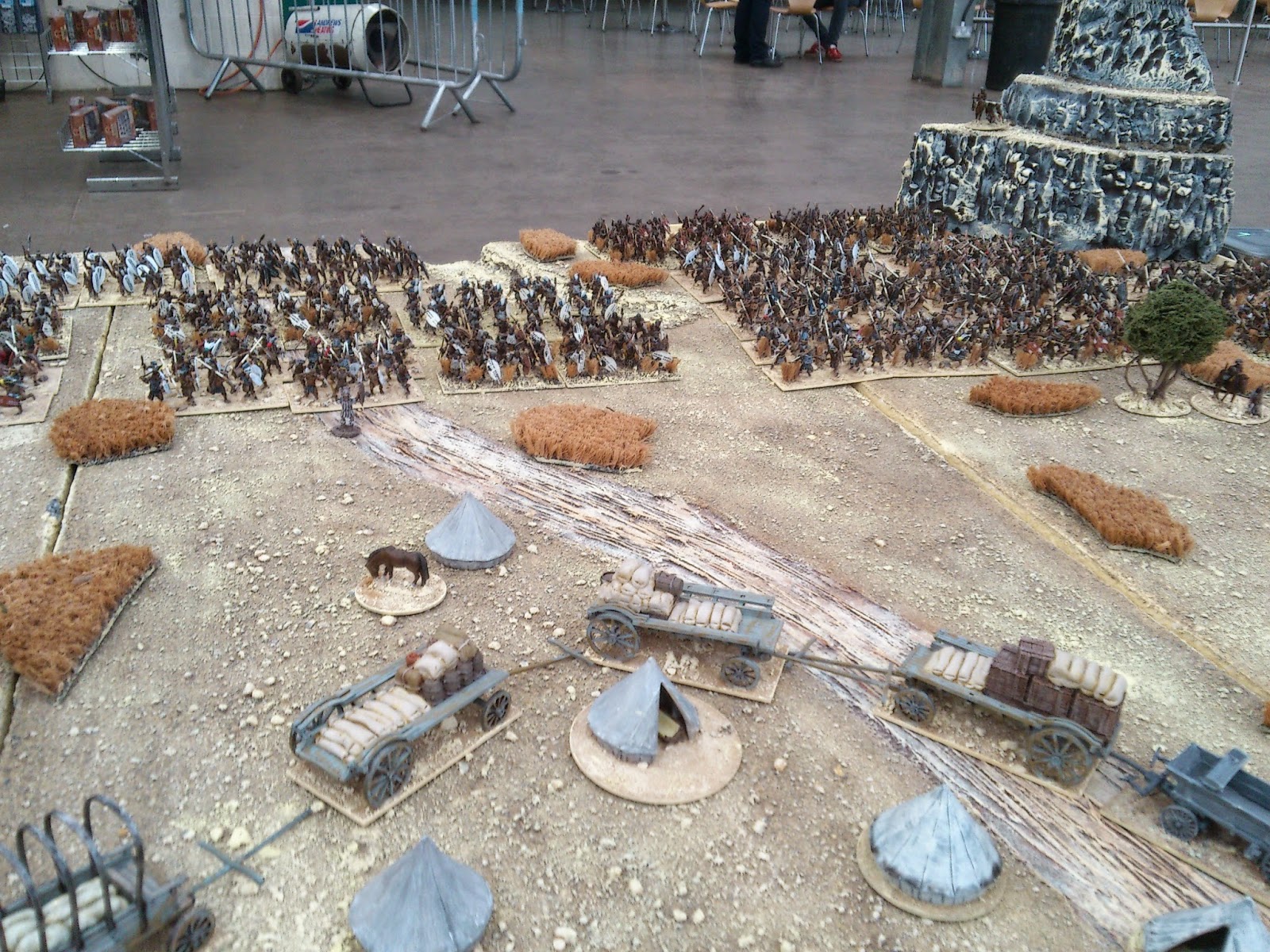 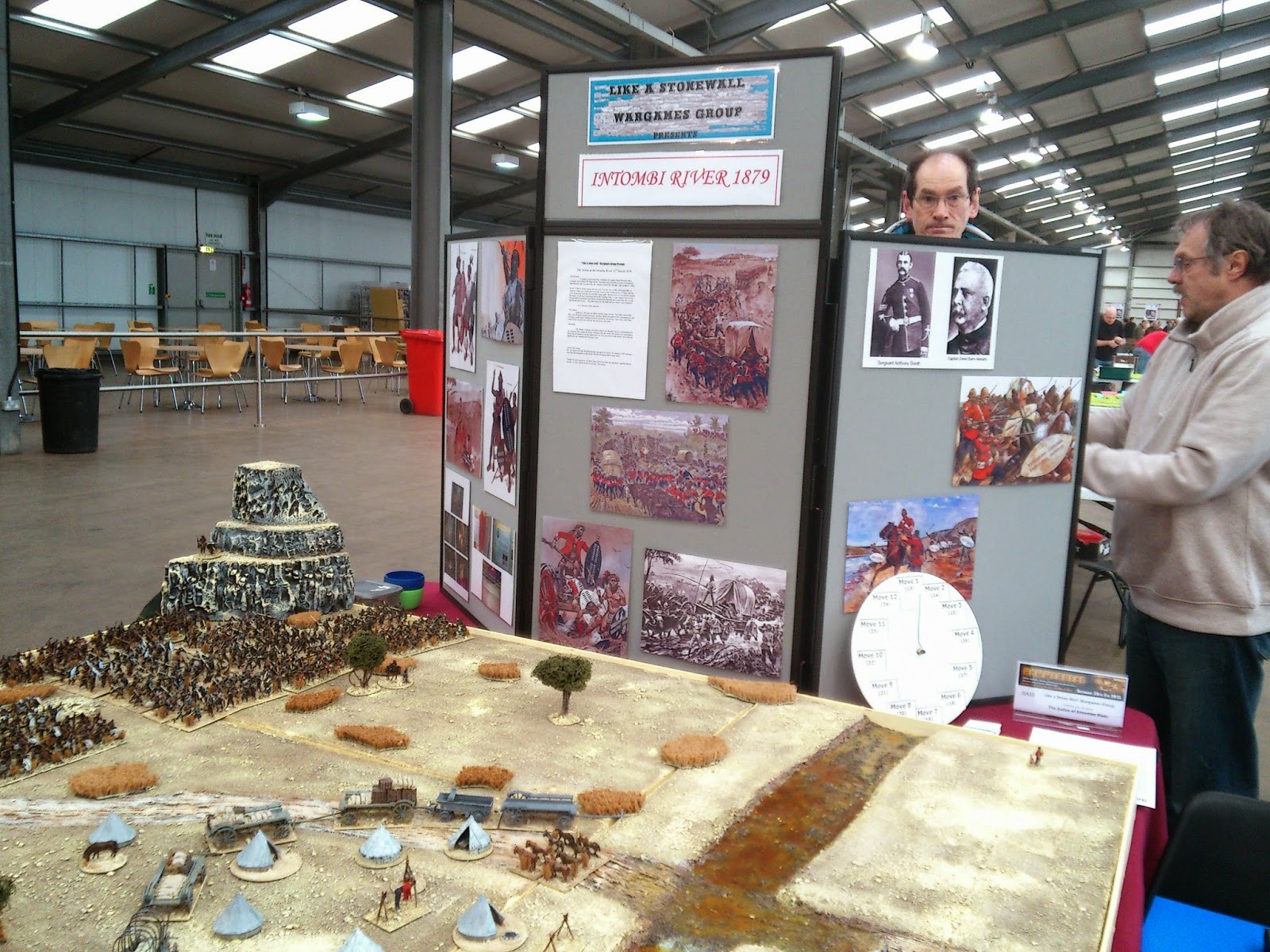 Overall I thought the day was pretty successful. Agreed there wasn't too many traders there, but the emphasis was placed on game play and checking out new rules or periods. The tabletop sale seemed to be a big draw. I remember looking over to where it was situated and seeing the area still heaving with people. The venue was very airy and well-lit, whilst the cafe section was more than adequate. I'll definitely go again next year.
Posted by Matt at 15:30