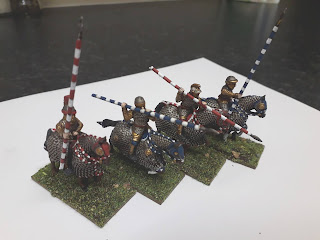 These are some plastic Gripping Beast Late Roman Heavy Cavalry figures I was given by Dan at Wargames Illustrated. I'd finished a painting project for the magazine and they were in a bag along with some other random sprues and stuff. I'm now using them to form the basis of my Late Roman army, and I've already ordered some GB plastic infantry to go with them. The idea is to use them as either allies or foes of my Goths.

I painted the lances because I really wanted them to be as colourful and striking on the battlefield as possible. It reminded me of being about 12 years old and buying some 15mm minifig mounted medieval knights and using a similar colour scheme. I had no idea if it was historically accurate, but just decided that they looked nice.

As most hobbyists, I've used the continued lockdown to get as much painted as possible. Both for customers and myself. The only issue now is one of storage, because obviously a fully painted and based army takes up more room than if it's unpainted and chucked in a carrier bag somewhere. 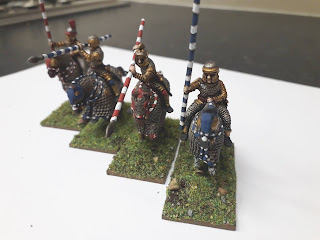 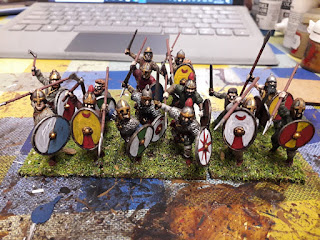 I managed a fair bit of painting last weekend and completed a few more figures for my Goth and Late Roman Army. The Goth warband has been loads of fun. If you saw the previous update it's comprised of parts from the following plastic sets: Gripping Beast Dark Age warriors, Late Roman Light Cavalry (the heads and shields), Victrix Germanic warriors, Vikings and GB Goth Noble Cavalry (heads and shields again)...oh and a couple of Warlord Celt warriors! I followed Simon MacDowall's advice in a Wargames Illustrated article about Goths having loads of looted Roman equipment etc.

Despite trying to restrain myself with my holiday bonus payment from work, I did have a splurge and bought some Osprey books along with a Warlord Greek Starter Army and some Spartans. Expect some photos in the New Year!

As a continuation of my recent reading about The Huns I started to think about enemies and allies. 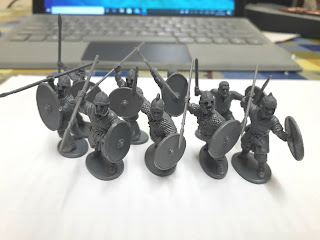 I had a dig through some boxes of spare plastic sprues, and came up with the idea of using them for a Goth/Visigoth warband. It comprises of parts from Victrix Vikings, Warlord Celts and some Gripping Beast Late Romans. I've given them an assortment of shields and helmets (some looted I expect). I may add plumes on the helmets using green stuff later. Maybe not 100% accurate but good enough I think!
Posted by Matt at 09:29 No comments: 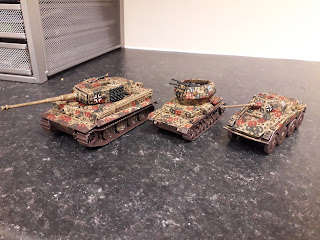 It's been a while. But that's not to say I haven't been spending my time painting like a demon. Both a reduction in working, and my university now being almost entirely online, has meant I could get through a few hobby projects. I've had a fair few customer orders also; a Wars of the Roses commission, some Goth infantry and cavalry, and finishing my mate Steve's BEF.

An addition to my Bolt Action German Army came in the form of a box full of odds and sods I picked up cheap on ebay. It comprised of mainly late war vehicles and infantry with some heavy weapons. The photo below is what it looked like when it arrived... 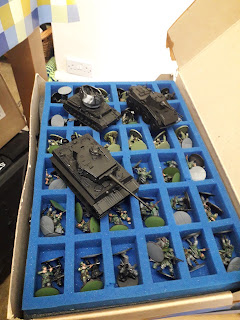 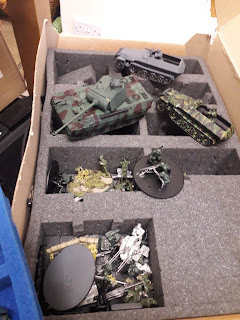 As you can see, they're kind of half painted, bare metal with some undercoated. The day after this I managed to blast through the first three vehicles (completed picture at the top). A Tiger, a Wirbelwind and a Puma scout car. All done in my usual ambush camo with some weathering. They won't win any prizes for painting but they'll look ok on the table I think. Ideally I'd like to muster a force for an Operation Market Garden game or maybe a late war Russian offensive as the Germans fall back towards the Reich.

The thing I love with these job lot purchases, either from the bring and buy at shows or ebay, is that you don't always know what you're going to get. Also the joy of finding extra parts and broken pieces that you can assemble and eventually put to use.

Last weekend my girlfriend took us to Burrough Hill for a picnic. Having lived nearby for most of my formative years I'd come here quite often both on family and school trips. The latter was quite memorable for an incident which involved a teacher wishing to educate us about the defensive nature of the hillfort by forming us into attackers and defenders. Naturally being a group of rowdy school kids it erupted into a chaotic mass brawl on the earthen ramparts as we envisaged ourselves as bloodthirsty warriors intent on blood and glory.

The recent picnic was a far more relaxed and gentle affair I'll hasten to add. But other than the joyful delight of sitting in the summer sun and marvelling at the view, I also took the opportunity to take a few photos. As with anything like this my mind also starts to gravitate towards wargaming and things like "how would this look as a piece of modelling terrain?" etc etc.

Rather than repeat the history of the site in my rather inadequate way, I'll post the link here to the University of Leicester who have done some sterling work on the fort over the years. It's still astounding to me that excavations have shown occupation of the area going back to the Neolithic period: 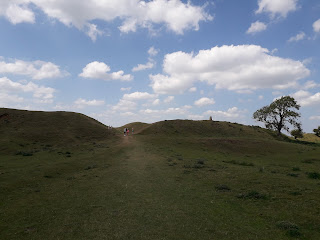 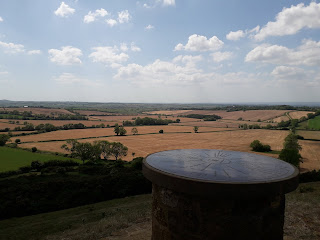 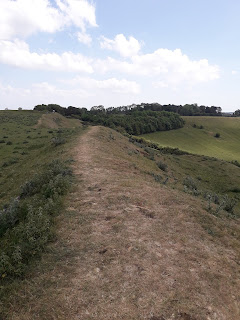 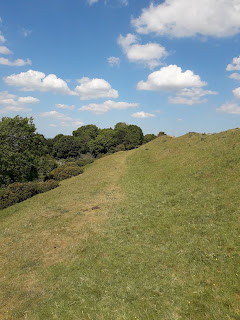 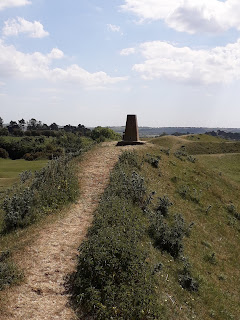 Wars of the Roses Yorkist and Lancastrian Armies

Here I prophesy: this brawl today,
Grown to this faction in the Temple Garden,
Shall send, between the red rose and the white
A thousand souls to death and deadly night
(Shakespeare. Henry VI. Act 2 Scene 4)

Somewhere in England...my Wars of the Roses Yorkist and Lancastrian Armies. Edward IV and the Earl of Warwick on the left do battle with the Earl of Northumberland. All figures are Perry Miniatures 28mm.

Still a way to go with more boxes of bow and bill on order plus some bombards. I'll probably make a start on Henry VII and Somerset's retinues next. 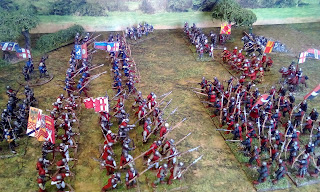 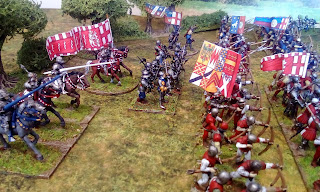 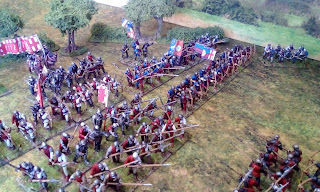 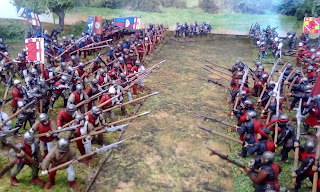 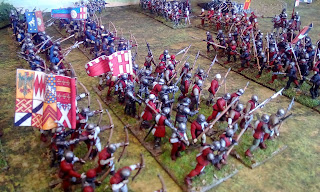 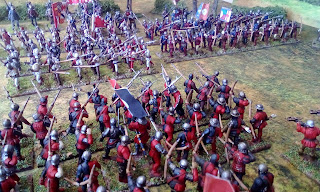 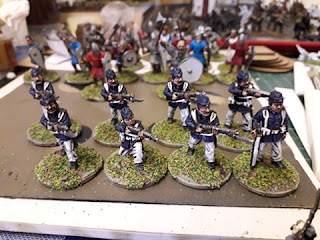 A quick one today. The last few days has seen me adopt a strategy of 'grab it and paint it'. So, anything that was kicking around in a box for a while was undercoated and went on the painting table. I managed to complete a few Saga units of Vikings and Normans (picked up about three years ago from ebay) and these Boxer Rebellion figures from Victorious Miniatures. Note: I did paint the webbing in white rather than khaki. Just a personal preference.