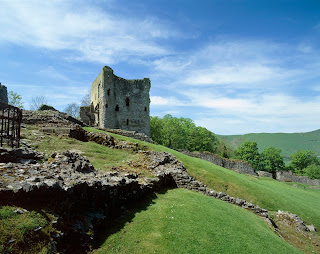 Last week we paid a visit to Peveril Castle in Derbyshire. My girlfriend bought us membership of English Heritage for my birthday and it was the first time we'd used it. The drive from Nottingham took just over an hour, and the last ten miles or so was just breathtaking as we followed the smaller B roads through the hills to the small village of Castleton where Peveril is situated.
Castleton is worth the journey itself and boasts some lovely small shops, Cafes and restaurants alongside some great walks. The trek through a side street and up to the Castle itself is very steep, so if you're a bit shaky physically it can be a challenge. Though there are a few seated stopping points along the way. Due to lockdown a part of the exhibition was closed but the Castle keep and grounds were all open to wander around. 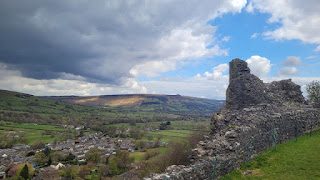 The first thing that strikes you is the incredible view. We were lucky enough to have a fairly clear day and you could look out across the valley to see Mam Tor on the other side, with some other significant land marks. 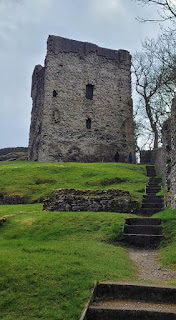 Much of the main structures, such as the main hall etc are now in ruins but what is left is nonetheless very impressive. The large Keep and some of the walls may be weather worn but they're testament to almost 1,000 years of medieval architecture. Built just after 1066 by William Peverel it's an easily identifiable Norman construction. Later it was received by Henry II in 1155 and strengthened (with the building of the Keep) and served mainly as an administrative center for the Peaks. In 1372 it was given to John of Gaunt, Duke of Lancaster.
In the 16th Century it fell into ruin but it was still used by the local courts. During the Victorian period it attracted renewed interest due to a boost in tourism and amateur and semi-professional archaeology. 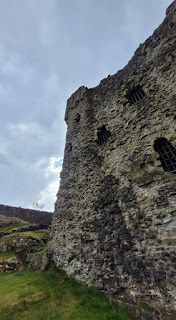 It doesn't take long to do a walk around Castleton and Peveril Castle, but it's an excellent day out if you live within driving distance. If you're a bit more adventurous you could combine it with a tour of other sights in the area, such as the various caverns nearby, and extend it into a thoroughly enjoyable holiday. 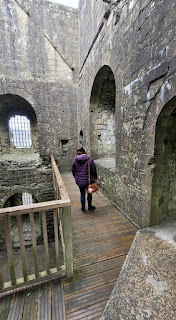 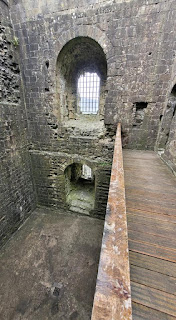 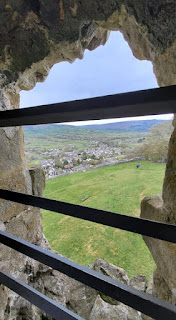